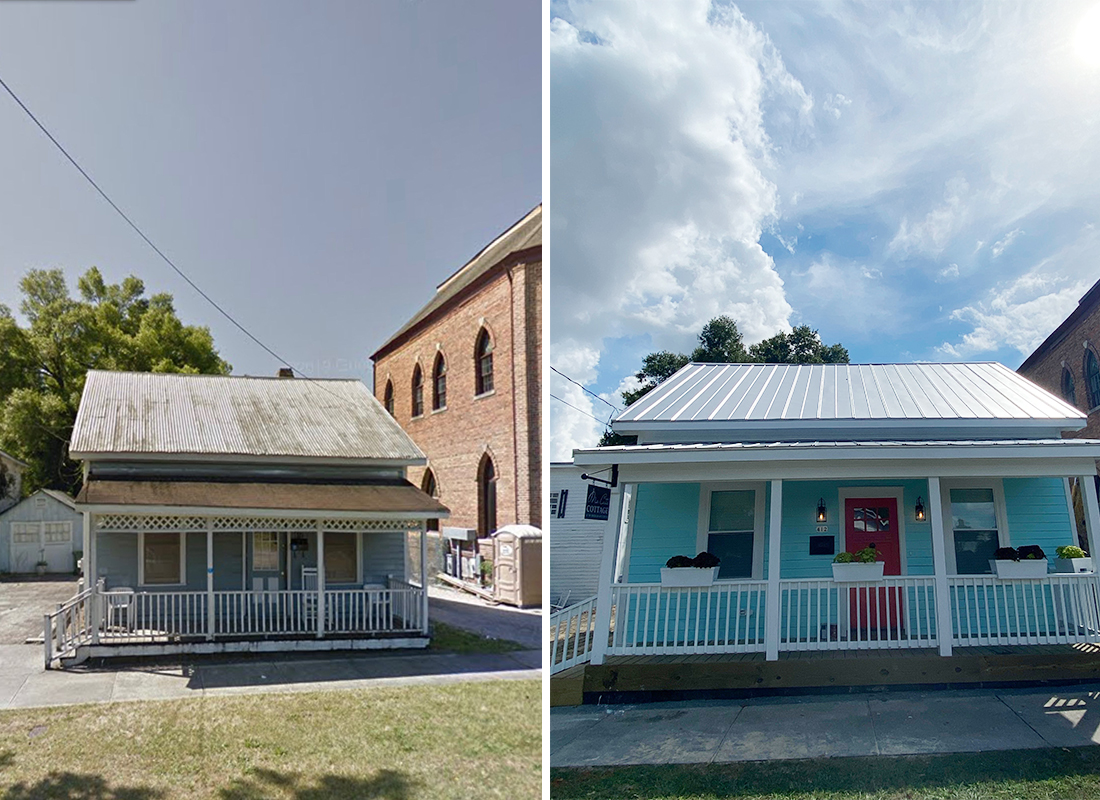 WILMINGTON – Some neighborhoods in downtown Wilmington are getting a facelift. A Wilmington Downtown Inc. (WDI) grant program is helping storefronts offset the costs of improvements in Wilmington’s downtown central business district.

The Facade Improvement Grant (FIG) awarded five grants of $ 2,500. Funded by the municipal service district, $ 15,000 was allocated to the program this fiscal year, according to a press release from WDI.

Grants help entrepreneurs keep the aesthetics of their property up to date. Money can be used for various storefront renovations, such as removing stucco or non-historic siding, replacing cornices and windows, repairing brick and masonry, adding backing structural, as well as painting, restoring original features or installing awnings and panels.

The program started in 2017 and funded the maintenance of the facades of companies such as Hell’s Kitchen and Floriana. No nominations were received in 2020, according to WDI spokesperson Christina Haley.

“Many businesses in the region focused on survival during the pandemic,” she said, “but we had money for the grant program”.

These funds are transferred to other areas if they are not used, Haley added. However, in 2021, she explained that the FIG had gained popularity again.

“We are trying to move funds to provide more grants,” she said, “but this has to go to a committee for approval.”

The grants cover half of the total cost of the company’s storefront renovation project. Prizes are awarded up to $ 2,500, unless the business is located in a corner or in crossing properties, such as facing two streets or located in one street and one lane. Then the maximum doubles to $ 5,000.

If funds run out in 2021 for grants, applications will still be accepted and considered for the next fiscal year, as long as MSD continues to fund the program.

“This recent round of grant approvals demonstrates the effectiveness of the FIG program in helping downtown businesses and property owners complete necessary repairs and upgrades to their storefronts, while working to beautify the appearance. general of downtown Wilmington, “Holly Childs, WDI president and CEO, said in the statement.

Below is how grant recipients use the funds. Other downtown businesses interested in learning more about the FIG program can contact [email protected] or call 910-998-7744.

516 N. Fourth Street
The funds helped complete Cat’s Cottage, a 1931 home located directly behind the Brooklyn Arts Center, renovated into a bridal suite. The Brooklyn Arts Center purchased the property and began renovating it, replacing the porch, installing a new metal roof awning, as well as windows, and repairing the siding and wood trim. The interior of the house, as well as the back porch and the surrounding property have also been refitted.

125 Grace Street
Nathan Verway painted a new mural on the front of Taco Baby, located on Grace Street. The WDI grant helped pay for the removal of the old sign, as well as the caulking and painting of the storefront before the mural was installed.

9 Front Street
The facade of Wilmington’s oldest brewery suffered damage from Hurricane Florence. The grant will therefore help correct these problems. There will be stucco and cornice repairs, as well as painting and staining of the restaurant front. Also planned: “a major overhaul of the interior of the brewery,” WDI noted in a statement.

143 Front Street N.
The building owners carried out restorations on the metal tiles and the awning, as well as painted and sealed the storefront. Gutter repairs and wood replacement have been done, especially with old wood salvaged to stay in Wilmington’s historic cityscape.

6, market street
In addition to caulking and painting the facade of the business, the owners will also replace the windows, wood and moldings.

Do you have any tips or ideas? Send an email to [email protected]

Want to know more about our staff? Subscribe now, then sign up for our newsletter, Wilmington Wire, and get the headlines delivered to your inbox every morning.

How to configure and install ADB and Fastboot on Windows PCs