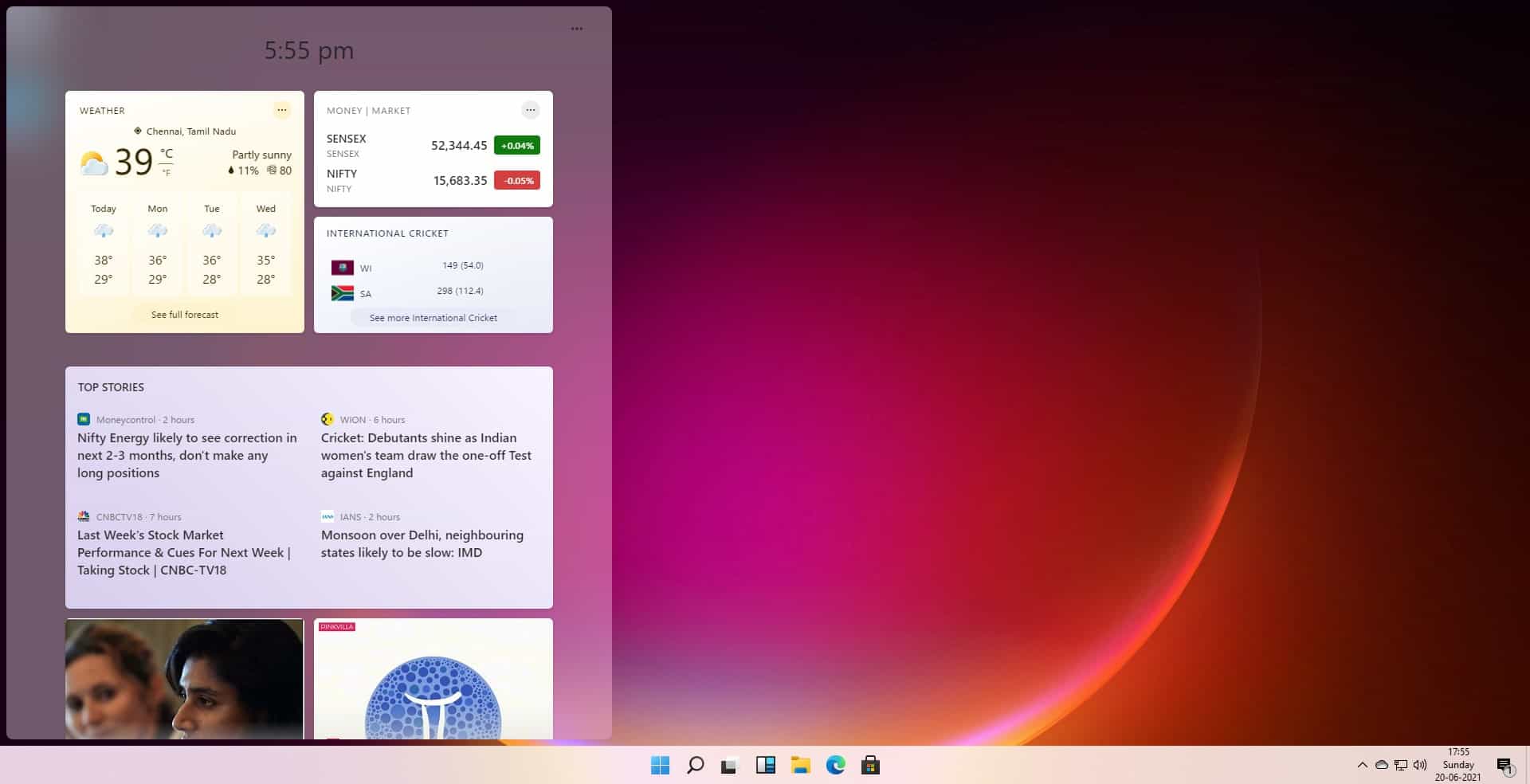 When Microsoft revealed the Widgets feature of its upcoming Windows 11 operating system, it hinted that third-party widgets might become a thing in the future.

Widgets, for those who haven’t encountered them yet, are a Windows 11 interface that’s pinned to the taskbar by default. Turn it on and you’ll see news, stock information, weather forecasts and more.

All data comes from Microsoft services at this point, and users can enable or disable certain modules to customize what is displayed. If you are not interested in sports or news, you can turn them off to hide them.

Third-party widgets appear like Microsoft widgets in the interface when installed. A recent leak suggests that Microsoft will support different types of widget technologies – packaged apps, unpackaged apps, and web – and users will find them primarily on the Microsoft Store and the Widget Board.

Developers can create widgets for all sorts of purposes, from displaying hardware stats to custom RSS feeds and service-specific widgets that deliver content directly to the Windows desktop.

Support for third-party widgets has the potential to make the Widgets feature more useful. Hardware companies and OEMs could provide widgets for their components and devices, e.g. SSD cards, temperature sensors, driver update information, instead of relying on apps to provide that. It could also reduce the number of apps that launch with a default system if done correctly.

There are disadvantages. One being that all information is only available after activating the widget icon or a gesture. Microsoft previously supported widgets in older versions of Windows, and these could be set to appear permanently on the desktop. Third-party solutions such as Rainmeter also support it. Gadget support, the name Microsoft used to describe these little tools, has been removed for security reasons according to Microsoft.

Using the Widgets interface is not necessarily faster than using the browser to find information, especially if the browser is open all the time.

Microsoft hasn’t revealed any information about third-party widget developers’ limitations when it comes to creating widgets. Are these widgets limited to using Microsoft Edge and Bing Search, or are the developers free from that? Microsoft has created an artificial protocol for certain links on Windows 11 systems that will only open in Microsoft Edge, even though there is no technical reason for it. Microsoft has been openly criticized for its behavior, for example by Vivaldi CEO Jon von Tetzchner.

Now you: do you use widgets? Would you if third-party support was added?