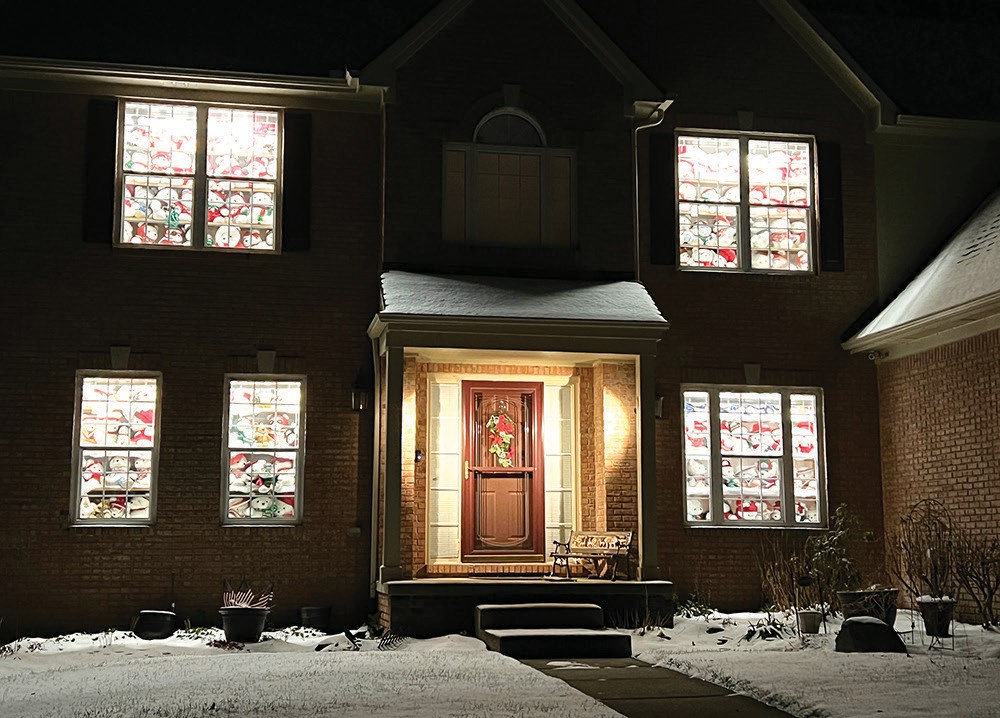 It is a collection in preparation for more than two decades.

Every Christmas, Paul and Dorothy Palleschi bring out their collection of nearly 400 Santa Claus bears to display in their home in Commerce Township. Handled with care, each bear is taken out of its storage box and carefully placed on a custom-made rack located in the front windows of their home. Each year, the display changes.

With the help of their families every Thanksgiving, after dinner, the “bucket brigade,” as they invented it, begins with family members passing buckets of Santa Bears from the basement into a format. assembly line. The bears are placed on the shelves, which Paul himself built to maximize visibility. When setting up the display, the shades stay closed and after dark they open and the bears are on display for the season, with their own overhead lighting. Much like their own holiday storefront reveals, and the couple love to share the joy of Christmas with their neighbors and fellow passers-by. 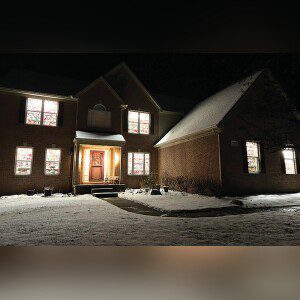 The popular Santa Bear vacation collection was made famous by the old Dayton department stores, which later became Marshall Field’s before Macy’s took over the chain. After 23 years, Santa Bear retired in 2007. The final release was a collectible family edition set, featuring Santa Bear, Mrs. Bear, and twins Berry and Belle. All four were dressed in flannel pajamas with a picture of the previous 22 Santa Claus on them. They were available by phone and in store.

“I was on hold for four hours because I wanted to make sure I got them a set of bears,” her daughter Deb Biondo recalls, laughing. “We knew this would be the last year and I didn’t want them to miss having their full set from start to finish.”

The exhibition in their house in the canton of Commerce has been an annual tradition for almost 20 years. Collecting since the release of the first Santa Bear in 1985, Biondo says his parents got the idea to start displaying bears in their home windows about eight to ten years later.

Today, the display is infamous among neighbors and members of the community.

“My mom and dad are thrilled when people recognize or make this connection to ‘the house of Santa Bear.’ Then they hear the stories of “I’m so excited that you’re doing this, I’ve never seen anything like this” or “It makes us so happy”. Sometimes they will receive thank you notes left in their mailbox. I think it brings my mom and dad just as much joy as anyone passes to see it. “

The screen is illuminated for viewing shortly after sunset until about midnight, and again for a few hours in the early morning hours. See for yourself the exhibit in the Williamston Green subdivision, off Commerce Road, in Commerce Township.

Five things Wolverhampton Wanderers need to do in January