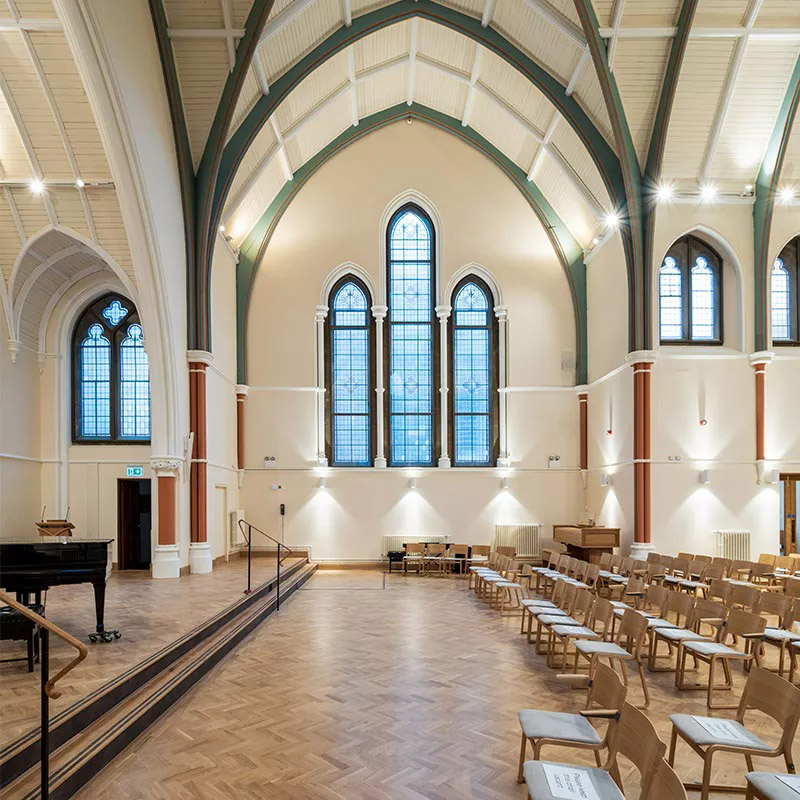 The church was previously made up of three superimposed rectangles; the church and two zigzag-shaped rooms, which made it difficult to define the uses of space. The central hall has now been completely converted to a double-height community hub, as well as meeting rooms on two levels. Steps have been taken to make the church more energy efficient, including insulating the historic fabric, photovoltaic panels, and adding extra glazing.

Main contractor Coulson Building Group contacted Selectaglaze to discuss secondary glazing solutions for the benefit of thermal retention. Becoming thermally efficient and wasting less energy is very important for the Church, not only environmentally, but also economically. Secondary glazing is a well-established method of dramatically improving insulation in existing buildings. Selectaglaze offers a plethora of tested products that can reduce a building’s U-value to around 1.8 when glazed with low-emissivity glass. In addition, secondary glazing is fully accepted by preservatives as it is a reversible adaptation, that is, it can be removed later without virtually any influence on the original fabric of the glass. building. 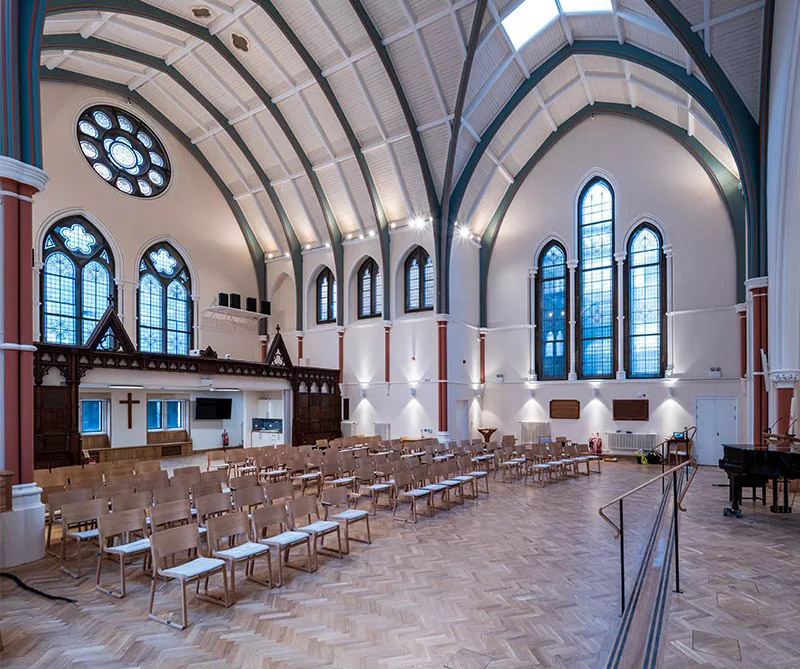 After a series of productive discussions, it was decided that side hung doors should be installed in the chapel where the main windows were rectangular with a very gentle curve at the top. Fixed-light secondary glazing was specified for the much larger windows in the nave, with thin framing sections and interlocks. The secondary glazing did not need to open as natural ventilation would be provided by the newly installed skylights. In addition, the Church only sporadically cleaned the secondary units.

56 units were installed; composed of four suspended leaves of the 45 series in the chapel and 52 slim fixed luminaires of the 46 series in the nave. The Series 45 Slim Hinged Casement System is suitable for treating many types of standard size windows and doors. Neat flush hinges and slim handles or flush locks provide clean internal lines. The Series 46 slim fixed light can be shaped or curved into a full circle – perfect for church windows that don’t need to be opened regularly. Little maintenance is generally required for a well designed and constructed stained glass window. The 45 and 46 series secondary glazing units will reduce heat loss by up to 50%. High performance compression gaskets will suppress drafts and provide much greater comfort near the window.

Complete scaffolding was required for the surveying and installation of the high level units. To forgo an extended period of restricted access for other work, Selectaglaze worked with Coulson contractors to formulate a survey method that could be performed without the scaffolding, saving money and of program time. 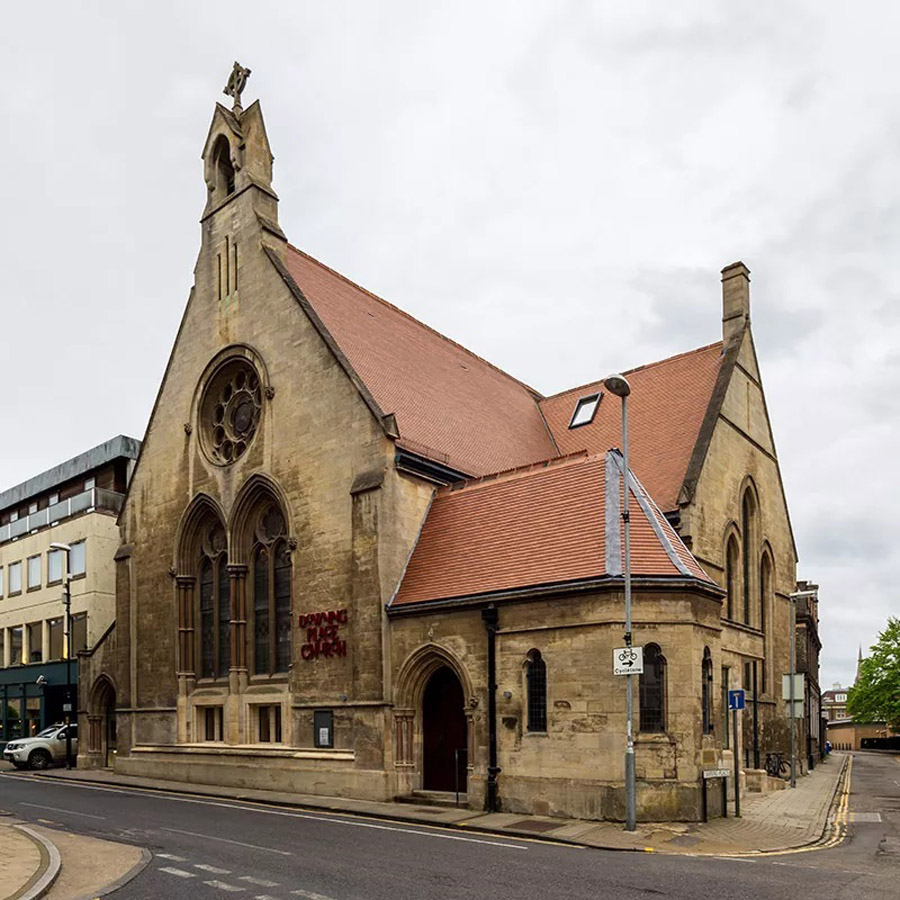 A large circular primary window in the nave was perhaps the most complex treatment due to its shape and elevated position. A proven fixing method was used for this secondary glazing treatment. Having previously worked on a circular window of the same large size, a wooden mullion cart wheel frame was fashioned to securely hold the secondary glazing. The wooden sub-frames were constructed in segments with each mullion split to be screwed into the window opening during installation, forming the frame of the cart wheel. Seven custom 46 series fixed lighting segments were manufactured for this and glazed with 6mm tempered glass to give additional rigidity and structural strength.

The church has now been made more thermally efficient with the inclusion of secondary glazing that integrates seamlessly with the stone contours and DPURC should start to see a reduction in heating costs, with fewer leaks from heat and uncomfortable drafts virtually eliminated.

Sign up for Selectaglaze’s monthly email newsletters, with all the latest updates, new blog posts and events. 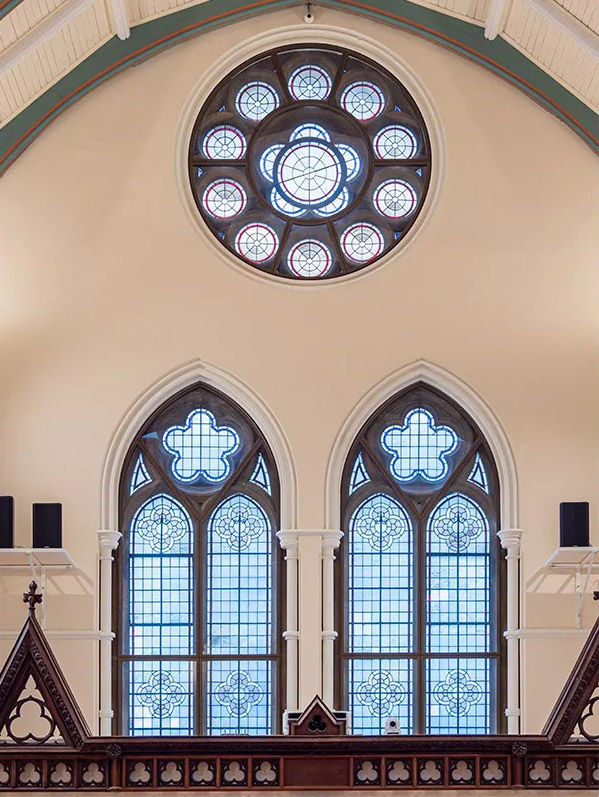 Windows 11: you will need these 2 items before downloading the new Microsoft operating system

The cost of natural gas is on the rise, which means your heating bill could be rising…