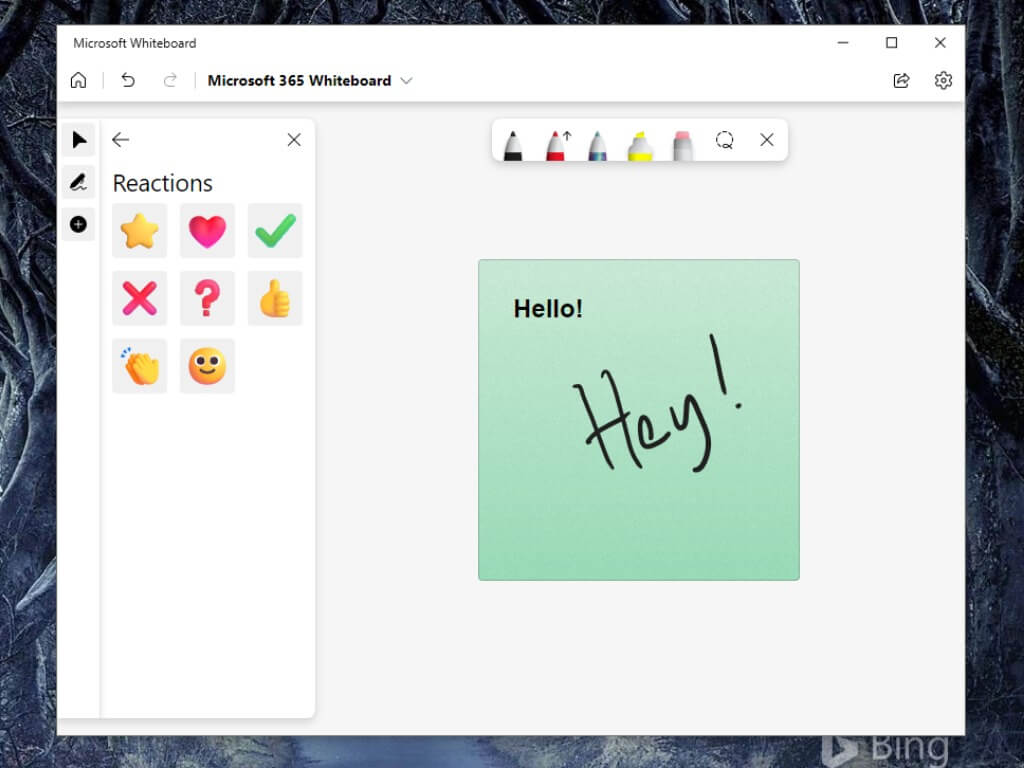 Microsoft announced big updates for Microsoft Whiteboard, its digital canvas that allows users to collaborate and share ideas with other people. This release brings a new whiteboard experience to iOS and Windows, with support for person accounts for Android and web apps. There are also some new features for all platforms.

First, the new whiteboard experience brings several new collaboration features for Windows and iOS users that are already available on Teams, Android, as well as the web. The list includes over 40 new customizable templates, several shades of sticky notes and note grids, support for reactions, and inking improvements. It is also possible to add, reposition and align images and shapes.

Microsoft Whiteboard now integrates with OneDrive for Business, allowing users to add recent documents to the whiteboard directly from Microsoft Teams and OneDrive channels. This should make it easier for users to collaborate on PowerPoint presentations, PDFs, and other content. Other improvements include support for multiple images to make shared whiteboard content more engaging and eye-catching to the audience.

Support for personal accounts on Android and the web

The collaborative workspace already supports Microsoft personal accounts on iOS and Windows, and users can now add their personal accounts to the web and Android versions of the app. It’s great to see that the Microsoft Whiteboard app now offers a more consistent experience across all platforms.

If you are using Microsoft Whiteboard on iOS, you can go to the Apple App Store to download the latest update. However, the new whiteboard experience is rolling out gradually to Windows PCs via an update from the Microsoft Store, and it should be available to everyone by the end of this year.

“We can save the planet without closing highways or blocking ambulances”