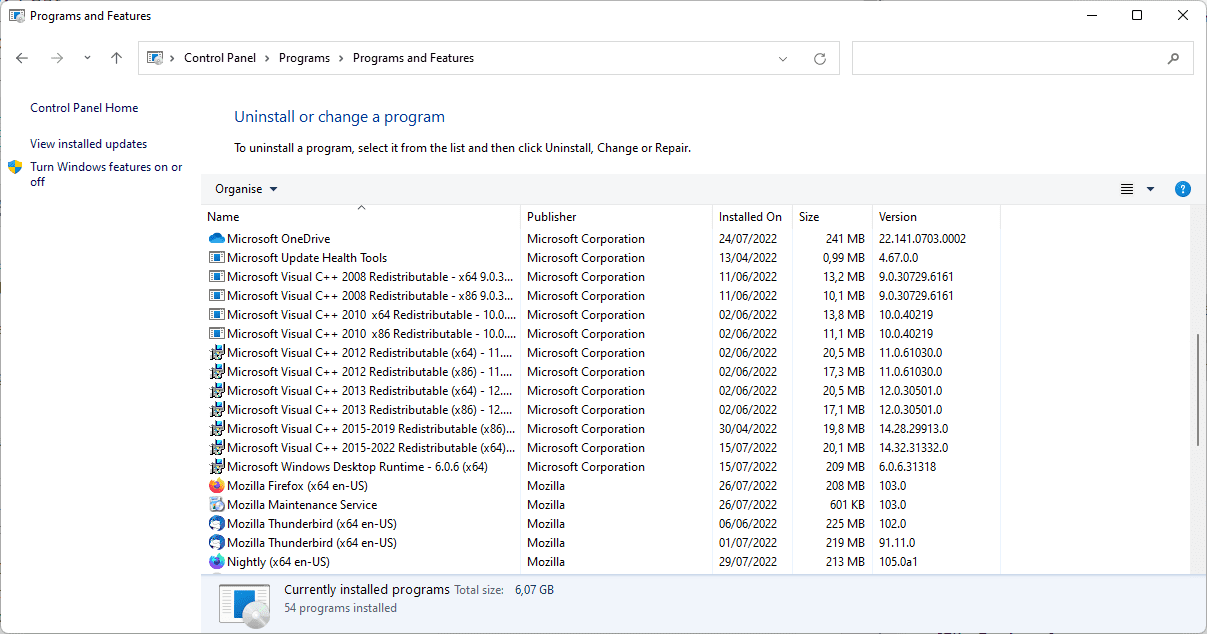 When Microsoft released its Windows 10 operating system in 2015, it made it clear that the days of the classic Control Panel were numbered. Back then, Microsoft introduced the Settings app as a replacement.

Only a few of the Control Panel preferences, tools, and options were migrated at the time. Microsoft continued to move individual options and tools in the years after Windows 10 debuted, but never entirely replaced the Control Panel with the Settings app. In fact, the migration went so slowly that it looked like Microsoft would never be able to fully replace the Control Panel.

The release of Windows 11 did not change this perception. Control Panel is still part of Windows 11 and Windows users can still use it for various purposes.

Microsoft released a new Insider Preview for Windows 11 this week that moves another Control Panel item to the Settings app. Microsoft has enhanced the capabilities of the app management section of the Settings app by introducing features it has lacked until now.

Application management supports interdependent applications, such as applications or games from Steam, Epic Games Store and other stores in the new version. Additionally, it is now possible to repair or modify Win32 programs using the Settings app.

The company notes in the changelog:

Settings now supports managing apps that were previously only supported from the Control Panel. This includes uninstalling apps that have interdependencies (e.g. Steam and game apps running on Steam), repairing and modifying Win32 apps.

The change won’t land in the next 2022 feature update for Windows 11, but in a future version of Windows 11. Rumors suggest that Microsoft could move to a three-year update cycle for the Windows 11 system. operating and delivering new features and improvements through smaller updates; this has not been confirmed by Microsoft.

Whether removing part of the software management applet from Control Panel is enough remains to be seen.

As for the Control Panel, it will remain a core part of the Windows operating system for years to come, unless Microsoft starts allocating more development resources to the migration.

Now you: Settings app or Control Panel, which do you prefer?