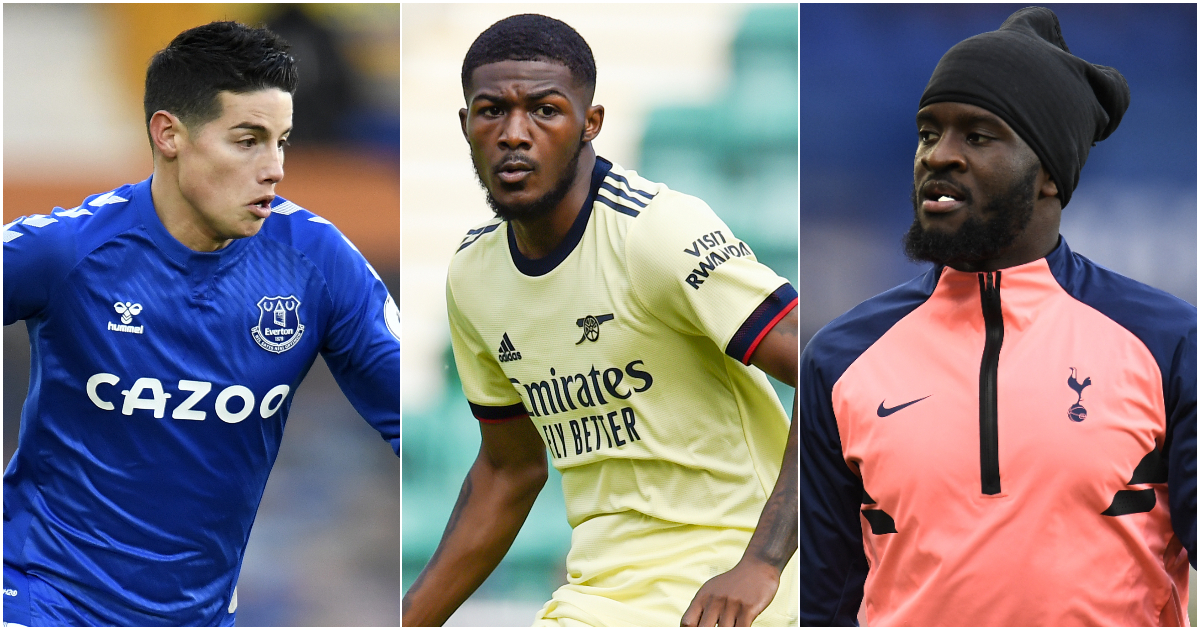 Lingard, Karius and others stranded after frenzied summer transfer window

There have been a lot of transfers during this summer window. As many. Even by the standards of the transfer window. But not everyone got the move they wanted / expected / needed. Poor Jesse Lingard.

Some are now stranded until at least January – unless a Turkish club embarks on a rescue mission – with nothing but a big paycheck to comfort them. Here is one player per club who could have gotten away with it. Some of them were quite difficult, others very simple. For example…

Arsenal – Ainsley Maitland-Niles
The joke answer is everyone. Everyone at Arsenal is stuck. A sensible answer would compile a good half-dozen real suitors while noting that Willian gave up £ 20.5million in salary just to get away. But really, there’s no point looking any further than a player who has gone all out on Darren Bent on social media, a move whose self-defeating ineffectiveness – not to mention embarrassing naivety – is now so widely accepted that not even the Clown Car Kanes tried it. “All I want to do is go where I want and where I’m going to play,” he lamented on Instagram as a move to Everton did not materialize. The inevitable ‘clear the air’ talks followed, but it was at best a difficult ceasefire. It’s the kind of thing that could blow everything up somewhere that isn’t already an absolute club soccer costume. But it’s Arsenal.

Aston Villa – Keinan Davis
Villa had a very good very mature transfer window in which not much has gone wrong. Even the departure of Jack Grealish was handled flawlessly from all sides, unlike some of the other high-profile transfer sagas this summer, and Villa has preemptively invested their one-generation windfall particularly well. But the outs were also smartly made, with a streamlined squad that looks a lot like the part now fringe players like Wesley and Conor Hourihane are gone on loan. The only player on the verge of not having such an opportunity was Keinan Davis and it was sheer bad luck. Feeding off leftovers even last season when Ollie Watkins was literally the only striker, Davis faces an even tougher landscape now with Danny Ings on the scene. But Davis knows it, Villa knew it and he would have been on loan right now without an injury at the wrong time. Terrible news for the 23-year-old, but good news for those of us trying to find a problem in building an exemplary Villa squad over the past two years.

Brighton – Jurgen Locadia
After MLS team FC Cincinnati turned down the opportunity to buy or even extend the striker’s loan after a disappointing season in the United States, it was still widely assumed that Jurgen Locadia would be on the job. point of leaving Brighton somewhere or other. Then he posted and deleted a photo of himself playing for Brighton on Instagram to confuse matters. Then he quit the club. And yet here we are, it is September and in a way it is still here. The club’s single-record signing enters the final year of his contract after appearing in just 43 games and scoring six goals for Brighton in all competitions.

Burnley – Kevin Long
He would reject the idea of ​​being stuck altogether, of course. After 11 and a half seasons at Burnley, Long has seen the club’s rise firsthand and is thrilled to be a part of it. He has a contract until 2023 and everyone seems happy that he sees it. But with Burnley going pretty crazy and actually signing players this summer – including even a stranger! – Long seems further removed than ever from first-team football. After 22 Premier League appearances in the past three seasons, the odds of him making 30 in four seasons seem slim. He hasn’t made a Premier League match squad since March. But he’s still living his best life.

Chelsea – Ross Barkley
Even Danny Drinkwater is out. Barkley loaned some trees to Villa last season, but he wasn’t that bad. There is still a Premier League midfielder there, but it won’t be Chelsea, for whom he last started a league game in July 2020. They lost 3-0 to Sheffield United. At current speed and course, his next league start could also be against Sheffield United. It’s not a compliment either.

Crystal Palace – Jaroslaw Jach
Also at Palace after the music stopped unchanged for the Poland international who has had more loan moves (5) than first-team appearances (1) during his career at Selhurst Park. More than a year from that now.

Everton – James Rodriguez
Everything was fun and playful under Carlo Ancelotti, wasn’t it? For a little while, anyway. Now this is not fun for anyone. James has become the ultimate luxury player and will spend the final year of his £ 200,000-a-week contract at Goodison watching from the outside. Everton have the option of a third year, but… yes, they’re probably not going to take it back.

Leeds – Adam Forshaw
Helder Costa’s departure on deadline day represented the last chunk of fat cut from a team that looks tidy. No one there yet could reasonably be described as being stuck, but we have to find someone and Forshaw doesn’t seem exactly ready for a Premier League minute record after a long injury absence. So him.

Leicester – Hamza Choudhury
An innocent victim of The nonsense of Newcastle. Through no fault of his own, he finds himself firmly on the sidelines of a Leicester midfielder in whom he only started four league appearances last season. On the bright side, at least, he doesn’t have to play for Newcastle.

Liverpool – Loris Karius
Oh buddy, just… how? Liverpool have reportedly spent the entire day trying to find a club for Karius without success. He will therefore spend the next four months at least as Liverpool’s fifth-choice keeper. His last appearance for the club is still the 2018 Champions League final.

Manchester City – Bernardo Silva
He seemed ready for an outing and keen to find one for most of the summer, but a combination of Harry Kane’s failure to clear Spurs and ongoing injury issues from Phil Foden and Kevin De Bruyne saw him stay and start two of the three Premier League games so far. “Bernardo in his mind is happy – happy in his life and what a player,” said Pep Guardiola delighted after the 5-0 victory over Arsenal. “The year we won the Premier League with 98 points he was the best player in the Premier League.” Even the City players are a) excellent and b) happy. Annoying.

Manchester United – Jesse Lingard
“Sometimes you have to steal the nest and go” was Gary Neville’s assessment of Lingard’s failure to follow Dan James out of Old Trafford after seeing his way to the First Team further blocked by the arrival of a certain Portuguese. On the one hand, Lingard seems immensely happy to be ‘stuck’ playing (occasionally) for a club he loves and maybe Carabao’s odd replacement cameo and exhaustion will back him up. But these happy, exhilarating and brilliant five months in West Ham portended much more. A return to United in part is a huge shame for a 28-year-old with, obviously, a lot to offer. 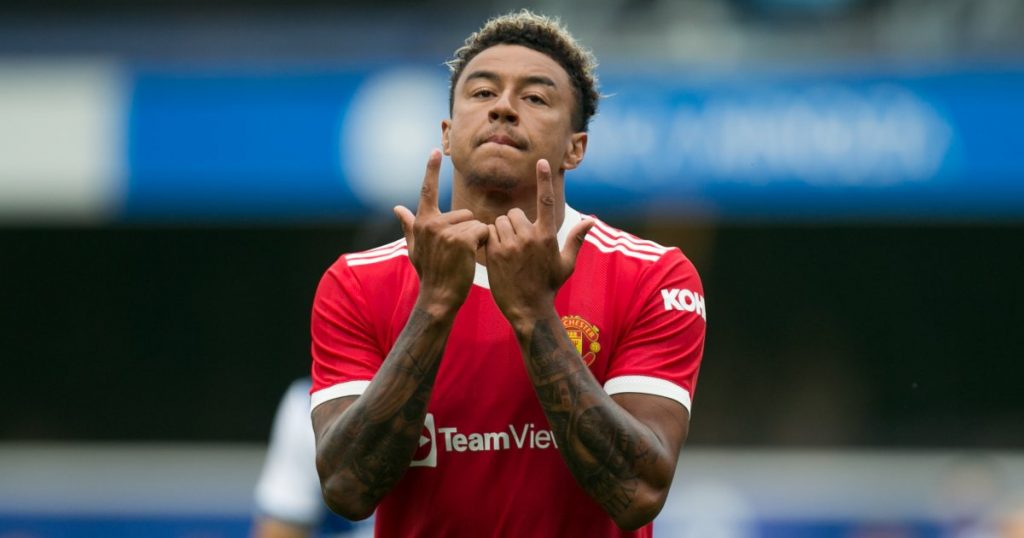 Newcastle – Dwight Gayle
Handed over a new three-year contract this summer despite 14 starts in the previous two seasons and still firmly behind Joelinton in the pecking order whenever Callum Wilson makes one of his all-too-frequent escapades in the treatment room. Confusing, for many reasons.

Norwich – Christoph Zimmermann
Not exactly stuck, but lower in the hierarchy after the arrival of Ben Gibson and Ozan Kabak. The disease at the start of the season was poorly programmed.

Southampton – Shane Long
Ralph Hasenhuttl has been pretty clear that he wants a bigger squad to work with this year in order to avoid a repeat of last season’s meltdown in the second half of the campaign. That meant no loan move for Shane Long, who at 34 doesn’t necessarily have a lot of time to spare as a spare. Yan Valery also remains despite a further drop in the pecking order of the right-back with the arrival of Tino Livramento, but at least he has time on his side.

Tottenham – Tanguy Ndombele
What is irritating is that Ndombele’s lack of orthodoxy and creativity is precisely what Spurs’ efficient but prosaic midfielder needs. But that just can’t come with Ndombele’s apparent lack of effort and commitment. Three very different Spurs managers have now decided that Ndombele is a luxury one simply cannot afford, and it was Jose Mourinho who worked the hardest and came closest to solving the conundrum. Nuno’s Spurs are going to be built on the foundations of a rigid defensive form, and he has already had a marked positive effect on Eric Dier and Davinson Sanchez plus, more revealing, another mercurial talent who fell foul of Mourinho in Dele Alli. Ndombele has a lot of work to do to gain Nuno’s trust. It would be wonderful to think he could go, but we have our doubts.

Watford – Dan Gosling
Twenty-four players left Watford this summer following their return to the Premier League, so no one has really been blocked. It’s been less than a year since Gosling joined Watford and his versatility means he’ll likely have plenty of playing time here and there. But he’s not going to be a regular and that will do us.

West Ham – Andriy Yarmolenko
The efforts of the flamboyant Ukrainian at the Euro surely should have allowed him to win a shot or more playing time at the London stadium. But it’s a tough no to the first and it doesn’t look promising for the second.

Wolves – Fabio Silva
Look, we’re struggling here after Morgan Gibbs-White selfishly secured a loan deal at Sheffield United on deadline day. Honestly, some people’s nerve. It’s like they just don’t think about people trying to tinker with features like this at all. So for lack of alternatives we will go to Fabio Silva. Not because he’s really stuck in himself, but because his development at the club seems likely to be upside down. Nobody’s fault, but he played a lot more than expected last year following Raul Jimenez’s horror injury and will now play a lot less this year.