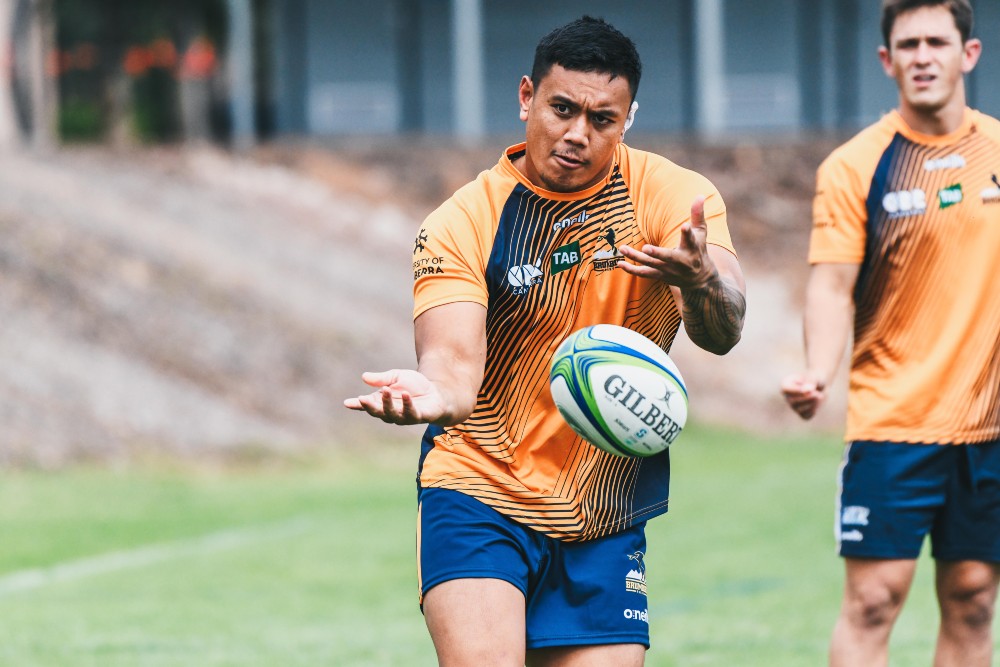 Brumbies and Wallabies center Len Ikitau admits he can’t wait to get back on the pitch despite a shortened pre-season.

Ikitau has been back in training for a fortnight with the team since his well-deserved break after a breakout in 2021 which saw him become a regular for the Wallabies.

That included two weeks of quarantine after returning from the Spring Tour, admittedly leaving him still trying to build up his fitness ahead of another major season.

Despite this, the 23-year-old is looking forward to his first Super Rugby Pacific try on January 30 against the Waratahs.

“It’s my second week back so I really enjoyed seeing all the boys and the coaches. The boys are ready to face the Waratahs and I hope we get the chance to play,” Ikitau told reporters last week.

“For me, it’s about putting the meters in the legs and the contact part back. I know I’ll get back to that level at the start of the first round, but right now I’m training and putting my best foot forward.

“I’m just trying to get the body right before another big season.”

It comes with the knowledge that there will be plenty of players looking for places in the backline after the arrival of several new faces, including former Wallaby Chris Feauai-Sautia.

It reflects a stark contrast to 12 months ago, when Ikitau were looking to cement their own place in the squad following the departure of Tevita Kuridrani, having started just twice before the 2021 season.

With a nearly full Wallaby backline back in the nation’s capital, Ikitau recognized the importance of building combinations while continuing to improve in order to avoid competition. “For us, it’s about building those combinations. There are a lot of good players in the team like Chris (Feauai-Sautia) and Hudson (Creighton) here, as well as new boys who will give their best and help the depth of this team.

“Chris, I’ve been watching him at the Reds for a while now. I played against him at the NRC in 2017 and he’s one hell of a football player. For us to put him at his best will be good for the club.

“There are a lot of Wallabies in that backline but if you don’t play you don’t deserve the opportunity to play and I feel like the boys are putting pressure on each other to be at their best and hopefully getting picked is good competition.”

FINALS: The seven-man team takes bronze in the semi-finals

Flashback: Android 4.4 KitKat has optimized the OS for phones with just 512MB of RAM