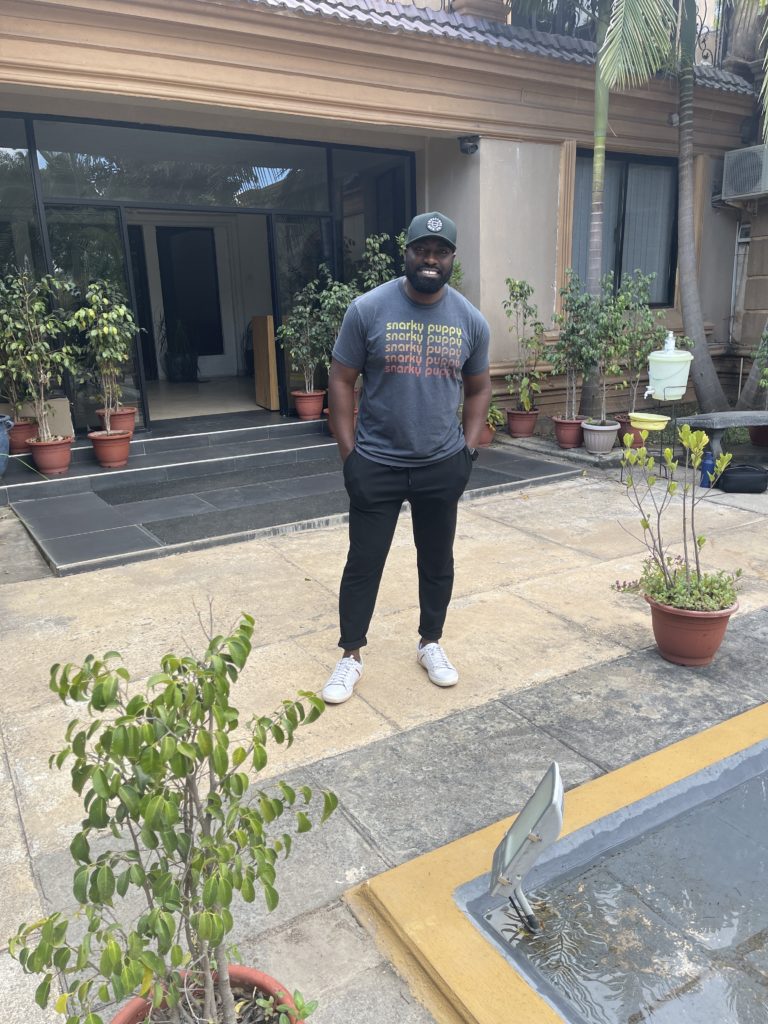 A small idea born on the Microsoft Redmond campus in Seattle, Washington, has grown into a full-fledged digital farmer’s market in Zambia.

Between September 2017 and August 2021, Chris Chileshe, a Zambian-American, worked as a software engineer at Microsoft at its Redmond campus, where he was exposed to sophisticated urban farming. The Microsoft campus has approximately 50,000 employees, with more than 100 buildings. Each building has its own cafe and aeroponic and hydroponic gardens growing fresh vegetables used in the campus kitchen and salad bars.

Chileshe, as an employee, had the privilege of visiting these gardens and studying the technology involved in hydroponic farming. Automated cultivation machines called urban cultivators are used in the farm. Watering, light cycles and the ventilation system are all automated and can be controlled via a screen. Commercial-scale machines would be able to produce 16 trays of microgreens (young edible vegetable and herb seedlings planted very close to the house or kitchen) at a time, and can grow from seed to Harvest in as little as 8 days. Growing produce indoors can help reduce pest pressure, so produce is grown without the use of chemical pesticides or herbicides. Cultivated microgreens are 100% organic, fed with 100% organic compost and grown with organic seeds.

Get the best African tech newsletters delivered to your inbox

These visits would ultimately inspire Chileshe to launch Aiponics, a Zambia-based aquaponics and hydroponics farming startup.

“The team spent a year researching and learning the different techniques involved in conditioning and maintaining an aquaponic ecosystem,” Chilese told TechCabal in an email.

He also said that since launching the business, Aiponics has successfully proven its own aquaponics prototype by developing a backyard system that fits in a 40ft shipping container.

A pivot in time saves the day

But as impressive as that sounded, there was a problem: the cost of production outweighed the reward. There was a need for corporate change. Should the company shut down operations, continue the line while incurring losses, or turn to something light on costs and heavy on revenue? The company opted for the third option and built HRVSTa digital farmer’s market where people can order agricultural products directly from the farmer.

“After building the container farm prototype and performing cost analysis, the team decided to temporarily shift away from container manufacturing due to the high capital intensity,” Chileshe said. “We focused on building the digital market where demand could be derived. This would allow Aiponics to establish the market where container farms would connect to address supply shortages in certain regions.

HRVST allows farmers to list their products and sell them directly to end users and restaurants, making it easier and more affordable for buyers and sellers. The platform has different functionalities adapted to the needs of each end user. For example, on the vendor or farmer side, the app includes built-in point-of-sale functionality to facilitate cashless transactions using mobile money and credit card payments, performance analysis, management orders and fleet management. On the driver side that helps with order fulfillment, there’s assigned orders, route optimization, and validation of delivery completion. Then, customers who use the app to shop can order fresh food from a range of farmers to be delivered or picked up at designated locations. They can schedule future orders and explore the nutritional benefits of the foods listed.

HRVST launched to market this month, and according to a statement the company shared with TechCabal upon launch, the week-long startup already has 79 partner restaurants in Zambia’s capital, Lusaka, and hundreds of registered early access users and already being served by more than 20 small and large farmers, who make up half of the Zambian population and surprisingly a decent backbone of the Zambian economy.

The agricultural sector, although it contributes only about 8.2% to Zambia’s GDP, employs nearly half of the country’s population. And the government and various investors continue to weigh on the sector. However, little has been done using software to solve most industry problems. Hardware has been at the center of its technology.

For example, from April 7-9, the 7th edition of Zambia’s largest agricultural technology event, Agritech Expo Zambia, organized by the National Farmers Union of Zambia, took place. Due to its affiliation with the Apex Farmers Association in Zambia, the event website said it promotes the interests of over 600,000 farmers across Zambia and attracts over 15,000 stakeholders including farmers, small agricultural businesses and corporations, financial institutions, investors and government officials. .

While this event hosted big names in the Zambian and African agricultural industry, agricultural software companies were poorly represented. Lima Link was one of the only notable product-led startups at the event and thus hinted at how this part of technology is almost non-existent or, better yet, unrecognized in Zambia, one of the largest nations agriculture in Africa.

HRVST will join a host of other upstart little building software to make farming prosperity easily accessible to area farmers. The platform is currently only available in Zambia but plans to expand to 5 new countries: Kenya, Tanzania, Angola, Democratic Republic of Congo and South Africa.

“With many parts of Africa facing a food crisis and the inherent risk of depending on other nations for food security, there has never been a better time to bring innovation and technology to a space that badly needs it,” Chileshe said. “We are focused on building hyper-local capacity for food security while increasing the quality and diversity of food available to every person on the continent.

HRVST makes money by charging subscription fees and transaction fees from sellers. “We believe this model allows us to have a shared model of success with our suppliers. We have great incentive to see them succeed and to further incentivize our vendors by reducing the transaction fee percentage as their sales increase,” he said.

While the new ambition to expand HRVST across the region is paramount, the idea that originated in Redmond is not dead. Chileshe told TechCabal that “beyond the digital marketplace, Aiponics will soon continue to build a container-based aquaponics farm franchise model where the team would train local traders and young farmers in aquaponics to build local capacity. and lift more people out of poverty.”

Get the best African tech newsletters delivered to your inbox